6 Great Reasons to Visit the Greek Island of Crete 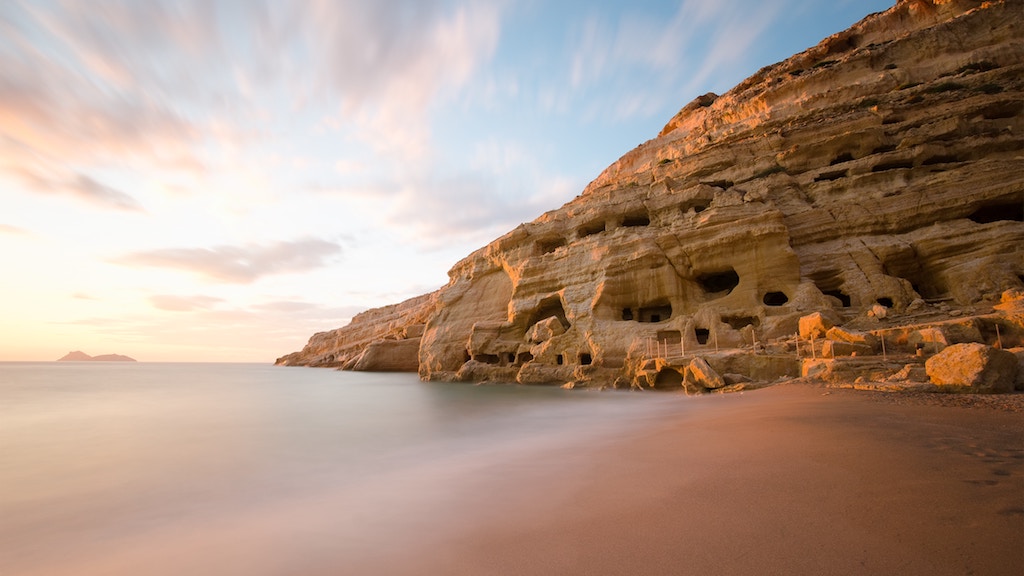 Greece as a whole is fantastic. It has a little bit of everything – culture, art, history, all of it. It’s one of the pillars of modern society, but if it weren’t for Crete, then Greece wouldn’t be the same. It’s the home to some of the world’s most enduring myths and legends, a place where old civilizations where discovered, where mysteries are still being deciphered, all while Crete being a gorgeous place with a unique aesthetic.

Crete is the largest Greek island, and home to old traditions still being kindled to this very day. The culture on Crete is incredibly friendly, with many of its locals greeting you in the morning even if they haven’t seen you before – and not to mention the delicious cuisine. The climate is practically perfect, and the beaches are among some of the best in the world. It’s a very special feeling, when you’re sipping ouzo on the balcony of some of the best Crete villas, enjoying a hot noon under the shade. It’s something that you definitely won’t be able to do anywhere else.

Democracy as we know today wouldn’t have been possible without the Ancient Greeks. Maybe Crete isn’t the homeland of democracy itself, but it has history even older than the rest of Greece. It’s the birthplace to one of the world’s oldest civilizations – the Minoan Civilization. It predated the Hellenic civilization, and in a way, was where western civilization began. The western world is obsessed with Greek mythology, and Crete is where some of the world’s oldest surviving legends were born. The story about Theseus and the Minotaur take place on Crete, in fact, even the name Minotaur is connected to the Minoan civilization. It all took place on and around Knossos, the old civilization’s capital from around 2000 BCE, which is Europe’s oldest city. If the climate doesn’t allow for some archaeological exploration, then visiting the Archaeological Museum of Heraklion is a must – especially if you have interest in history.

The Castles and Architecture

Crete isn’t home only to ancient history. For quite a long period of time, it was part of the Republic of Venice – in fact, for about 400 years. The Venetians were very influential in regards to Crete, and because they held on to the island in very turbulent times, they had to fortify it as much as possible. The two largest cities of Crete, Chania and Heraklion, were fortified with large and sturdy walls that surround the city in order to protect it. What’s fascinating is that these walls stand to this very day, and very much intact. Besides giant walls, the Venetians built plenty of castles too, like the Fortezza in the city of Rethymno, from the 16th century, which you can visit and climb atop its tall towers. Afterwards, the Venetians were driven out by the Ottomans, who held on to Crete for another 200 years, adding to an already diverse mix of cultures. That means a lot of mosques are present between many churches, and even a couple of surviving synagogues, all built around the many winding alleys of Crete.

Central Crete is the place where tall mountains rise to soaring heights, dwarfing the other parts of the island, especially the more developed north coast. These are called The White Mountains, with the tallest being Mount Psyloritis – or Mount Ida – at a height of 2500 meters, almost engulfing the city of Rethymno with its stature. Even with a climate as perfect as Crete’s, the mountains are still capped with snow, and the tallest bits of the mountains are host to some fascinating sceneries, especially when considering the open sea that surrounds the island. As if mountains weren’t enough, there’s a palm forest in the eastern part of the island, where you can eat local bananas, and enjoy the amazing tropical weather on pristine beaches.

The world’s most beautiful sea

There’s something unspeakable about how the Mediterranean Sea connects with one’s soul. With its Caribbean like waters, the Balos lagoon, absolutely perfect sandy beaches – with some being right next to the palm forest – it all seems like it’s too good to be true. But in fact, all of its true, and very real. There are plenty of little islets waiting to be explored, which can be reached easily by boat, and numerous spots to go scuba diving or snorkeling. It’s one of the few places on the planet that truly feels like heaven on Earth. No matter which beach you choose, or which part of the sea you choose to swim in, it will always be stunning, perfect, and breathtaking.

If there’s one word that could be used to describe Greek cuisine then that would be divine. Crete has some long-standing traditions when it comes to food, for example wine has been produced on Crete for about 4000 years and is something nobody should miss on. Also, Crete is one of the world’s leading makers of olive oil, you’ll be guaranteed extra quality in any dish you’ll be served. The cheeses in Crete are in a class of their own, like mizithra, graviera, or a unique cheese spread called xinogalo. For example, there’s a specialty on Crete, that’s a crisp rusk on which you put a mizithra cheese and olive oil, and it’s something like a bruschetta but even more delicious. There are numerous food markets on Chania and Heraklion, and when visiting make sure to try everything that you can because it’s something you’ll remember for all your life.

A sense of adventure

Crete is no small place. One of the best aspect of visiting it for any period of time is that you can form your own adventures. You can follow guides and visit many of its intended tourist destinations, but you can freely tread of the beaten path and form your own adventures, ones that you’ll remember forever. Whether that’s exploring the numerous islets, and spelunking in old gorgeous caves, or finding your own secluded beach, it doesn’t matter. Crete has it all, and you can have the time of your life, all the time.